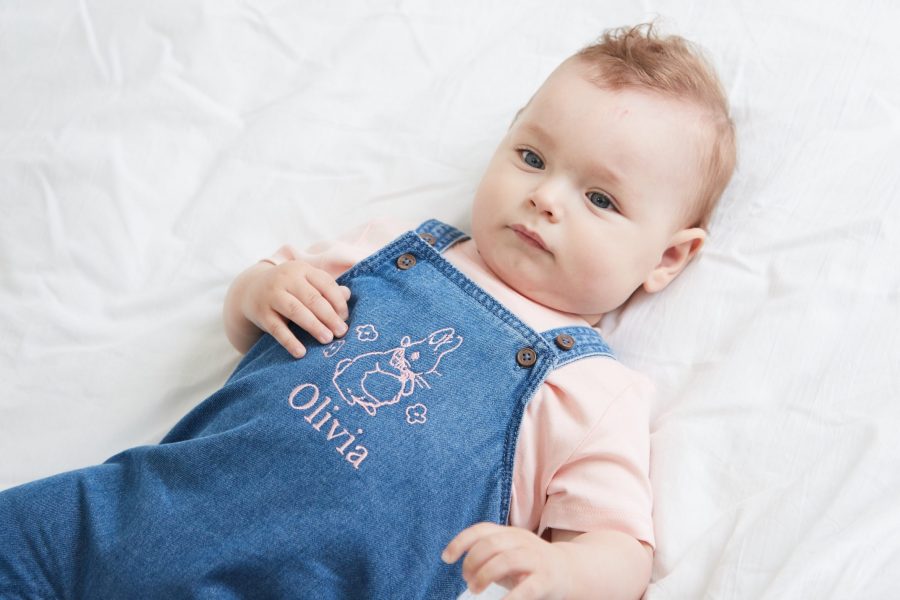 The World’s Most Beautiful Sounding Names, According To Science

There are a number of different ways we can name our newborns, from generations of passed down monikers, to celebrity-inspired trending names. However, the names which sound best to our ears (and minds) are often the ones which get picked as the chosen name for our new arrivals. Here at My 1st Years, we think every name is beautiful – but what does the science say?

Principles of linguistics such as iconicity (or ‘sound symbolism’) and the research emerging from this field reveals that some words – and therefore names – sound better than others. Though these findings aren’t universal, there is a wealth of research out there to support that meaningful associations with names are shared across languages around the world.

So which of the world’s most popular baby names sound the most beautiful when spoken aloud? We’ve partnered with Dr Bodo Winter, Associate Professor of Cognitive Linguistics at the University of Birmingham to find out, and have analysed hundreds of popular baby names to reveal the most beautiful sounding names from both here in the UK and in the US.

The Most Beautiful Sounding Names In The UK, According To Linguistics

In the UK it was Zayn which topped the list as the most beautiful sounding boys’ name. The name was popularised in the UK over a decade ago, thanks to One Direction member Zayn Malik. Following very closely behind to complete the top three were popular boys’ names including Jesse and Charlie.

When it comes to popular girls’ names, it was Sophia, Zoe and Rosie which topped the list of most beautiful sounding. Other names ending in the sound ‘ee’, including Sophie, Ivy and Phoebe ranked in positions four to six.

It seems that celebrity children can also act as a reliable source of inspiration, with names including Ivy (similar to that of Beyonce’s child Blue Ivy) and Willow (the same name of Will Smith’s daughter) ranking in our top ten. Hannah, which is not only lovely according to principles of linguistics, but is also a palindrome, and Ellie complete the top ten best sounding girls baby names in the nation.

The Most Beautiful Sounding Names In The US, According To Linguistics

Over in the US, the most popular baby names differ slightly, however Sophia remains a firm favourite (and the most beautiful sounding) across the Atlantic. Derived in Greece in the fourth century the name means ‘wisdom’. Other girls’ names which prove both popular and a treat for the ears, included Zoe, Everly, Sophie and Ivy. Names beginning with an ‘E’ proved particularly nice sounding for those in the US, with Ellie, Emily, Evelyn, Eva and Elena ranking in spots nine to thirteen. Shrubbery-inspired names also ranked highly, with Ivy, Lily, and Violet all placing in the top 25.

When it comes to boys in the states, it was Matthew which ranked top of our lists. Literally meaning “gift of God” the name also scored highly in the analysis of our linguist, with the name having many positive connotations associated with it when spoken aloud. Julian, William, Isaiah and Leo completed the top five most beautiful sounding boys’ names in the US.

How Can Principles Of Linguistics Impact What You Name Your Child?

So how can principles of linguistics affect the names we choose for our children?

Dr Bodo Winter explains: “There are a lot of things that affect name choice, and several of these have been explored in research. For example, research by Stephanie Shih shows that parents try to avoid choosing first names that would clash with their family names.”

“If your family name starts with ‘S’, such as Scott, Smith, Saunders, or Sullivan, it may be advisable not to have a first name that ends in ‘s’, such as Marcus, Charles, or Nicolas – because the two ‘s’ sounds will blend into each other. Shih’s research has used data from Facebook account names to show that there is indeed a small tendency for parents to prefer names without ‘s’ when their last name starts with ‘s’.”

Dr Winter continues: “In another recent paper, Berger and colleagues (2012) found a surprising result using more than 100 years of first-names data. They found that when there are major hurricanes in the US, the next generation of babies will be more likely to feature sounds that occur in the name of the hurricane, such as Katie after Hurricane Katrina. This seems surprising at first: nobody would want to name their child after a devastating natural disaster, of course! But when a particularly dangerous hurricane wreaks havoc over a country, the name of the hurricane will be mentioned again and again in the media.”

“This means that we are exposed more to the same sounds, and it is known from psychological research that things that are more familiar to us are generally liked more, a phenomenon known as the “mere exposure effect.” As a result, the speech sounds contained in hurricane names are actually more likely to crop up in names of the next generation – though importantly not the full name of the hurricanes. It should be said, however, that amidst all of these factors, it is easy to overthink naming one’s child and ultimately parents have to choose the name that feels right for them.”

Should I Be Considering Linguistics When Naming My Baby?

While the research suggests that some baby names are indeed more beautiful sounding than others, there are a lot of factors that contribute to how nice-sounding a name can really sound – from cultural influences to gender and family history.

Dr Bodo Winter comments: “Using an exciting piece of sound symbolism research from Adelman et al. (2018) as a starting point, we scored a number of the world’s most popular baby names in order to rank them. The names that ranked the most highly, provoked the most positive emotions when spoken out loud and therefore are likely to sound most beautiful to the human ear.

While the study conducted by My 1st Years is very comparable to the types of studies that would also be conducted by linguistic research, there are of course some limitations and additional factors to consider, from accents to family history, which can all influence how we interpret names.

Firstly, in Adelman et al (2018)’s original study, they’ve analysed English words, not names. While this therefore isn’t a direct translation, this is a very good starting point as there are many more words than names in the English language, and there are no existing databases of names according to positive/negative connotations.

In addition, the study only looks at sounds on their own, combining the emotional values of sounds without considering interactions between adjacent sounds. For example, certain sounds, when next to each other, may be harder to pronounce, and such interactions across syllables are not considered by this study. This, however, may be a useful simplification as one can quickly get into thorny issues of currently underexplored research.

However, given the enormity of the field of linguistics, and the thousands of names that exist globally, it’s been really interesting to work with My 1st Years on this research which ranks which of the most popular baby names of the moment really are the most beautiful sounding.”

Gareth Chadwick, our Head of Marketing here at My 1st Years adds: “Naming our newborns can sometimes feel incredibly overwhelming, particularly if you haven’t already got a shortlist by the time they’re born! Whether it’s choosing the right spelling, imagining what nicknames they’ll end up with or considering how it’ll sound when they’re older – there’s a lot to think about before signing that birth certificate.

We’re passionate about names and personalisation and so we were really keen to find out if there’s any science behind which names truly are the most beautiful to the ear, and we were so grateful to work with Dr. Bodo Winter, in order to rank this year’s most popular baby names according to the hugely interesting linguistic theory of iconicity. Of course, it goes without saying that any of the names in our study can be applied to either gender, and all names are truly beautiful! So whichever you choose will end up suiting your bundle of joy, no matter what, but we do hope the results can help ease the anxiety of choosing one for any soon-to-be parents who might be struggling to narrow down their choices.”

We hope this list has given you all the inspiration you need when naming your new addition to the family. Whatever you end up naming them, we have everything you need for your new bundle of joy, from clothing to personalised blankets.

Methodology: We partnered with Dr Bodo Winter, Associate Professor in Cognitive Linguistics at the University of Birmingham, who helped us conduct a study to reveal the most beautiful names according to theories of linguistics.

A list from BabyCentre of the 100 most popular baby names for boys and girls, both in the US and UK, was used as a starting point, providing us with 400 popular baby names. From this, we worked down each list, translating each of the names phonetically using the toPhonetics translator. Any names which we could not translate using the toPhonetics translator were excluded, for consistency purposes.

Once we had a list of the 50 most popular baby names for UK boys and girls, and US boys and girls, we then moved onto scoring each name, using the UK table in Adelman et al. (2018)’s paper to attribute a valence figure to each phoneme included in each name. Finally, we calculated the sum of each name’s score, using these final figures to rank each list of top 50 names.