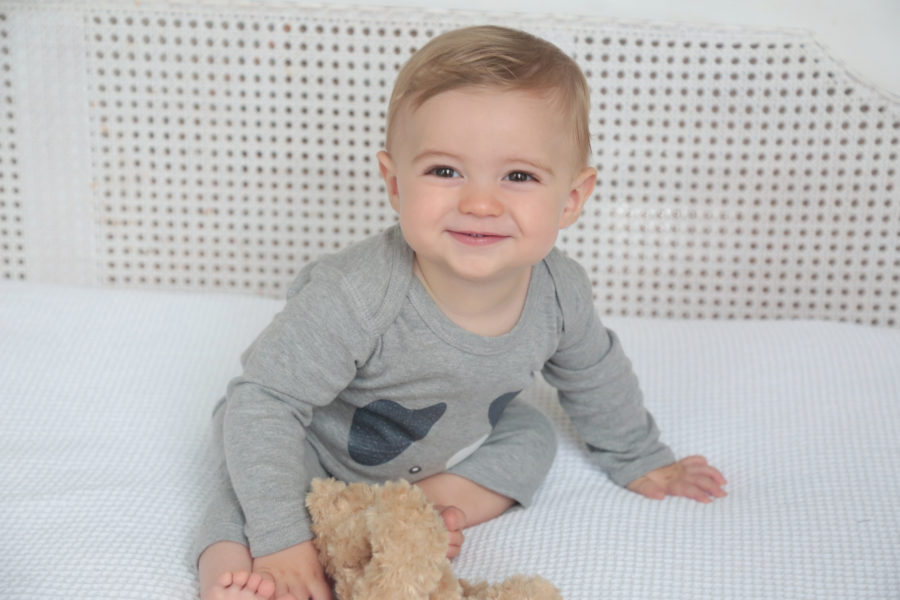 Here at My 1st Years we know a thing or two about baby names, with 90% of our products being personalised we see children’s names being added into our site everyday. So we decided to delve into the data and share our top 10 baby names of 2017 – according to what you guys have been typing. Seven out of our top 10 personalised names are boys and we have the name of two of our Princes’ names in there too! See if your little one’s name is on the list and comment below which number.

Also the name of the most lovable member of the royal family, Harry is the most entered name on our website. However it’s not just the royal Harry who has kept this name in the UK’s top boys names for years now, but with the popularity of Harry Potter and Harry Styles, this name seems to be keeping its top spot for new babies.

Girls name Olivia, is our second most popular name entered onto our site for personalisation. The name comes from Latin origins meaning Olive Tree and was made popular from Shakespeare’s play Twelfth Night. Olivia is one of the most popular names for girls across Western countries and often shortened to Milly the name’s popularity doesn’t seem to be decreasing.

Freddie, a unisex name originating from the names Frederick and Winifred has been rising in popularity in the UK since 2009. We think the meaning ‘Peaceful ruler’ is a very appropriate meaning  with music legend Freddy Mercury and sporting superstar ‘Andrew’ Freddie Flintoff sharing the leading name.

With Olivia being so high up in our most popular names there is no surprise to see Oliver here at Number 4. The Latin name meaning olive tree became popular during medieval times and lost its popularity with the ruling of Oliver Cromwell, luckily since the ninetieth century the boy’s name has grown in popularity being of the most popular names in the UK.

There have been kings, there have been saints, there has been a president and now an adorable little Prince, so it would seem that people named George are destined for great things. But, did you know the origin of George is Greek for farmer? Neither did we! The traditional British name has always been popular but since the birth of HRH Prince George we have seen a huge rise in the amount this name has been entered into our site.

The name which is originally derived from Charles is a popular name for both girls and boys. The name which means ‘free man’ has been seen a number of times across celebrities such as Charlie Chaplin, Charlie Seen, Charlie CXC and HRH Prince Charles. Although here in the UK Charlie is one of the most popular boys names across the pond in the USA it has become more popular for girls.

According to the official statistics, the name Jack has recently decreased in popularity in the UK and Scotland – however it is still our seventh most popular name. The name with a religious meaning of ‘God is Gracious’ is commonly used in characters names including: Jack and Jill, Jack Bauer, Little Jack Horner and Captain Jack Sparrow to name a few.

This biblical name which originated from the old testament with the story of Noah’s ark, has risen in popularity in the last 10 years. Fast becoming one of the most popular names across the UK and USA Noah has had an unexpected fashionable status. Noah is a Hebrew Name with the meaning ‘Rest ; Wandering’ – although we think they’ll love seeing animals going two by two.

Amelia is a a beautiful Victorian name with German Origins meaning ‘Work’. This powerful girls name has a heroic connotation with Aviatrix Amelia Earhart, the first female flyer to fly solo across the Atlantic. Often shortened to Amy or Milly this is a versatile girls name that has continued to grow in popularity in the last 10 years. Amelia is our second most popular girls name to be entered on the website.

Our tenth most personalised name at My 1st years is Isla, the beautiful name with both Scottish and Spanish origins meaning Island. Although Isla is our tenth most popular name it only reached 126 in the UK’s official rankings. From red haired actress Isla Fisher to the Queen’s Great-Granddaughter Isla Phillips it’s become a modern and fun name for little ladies.