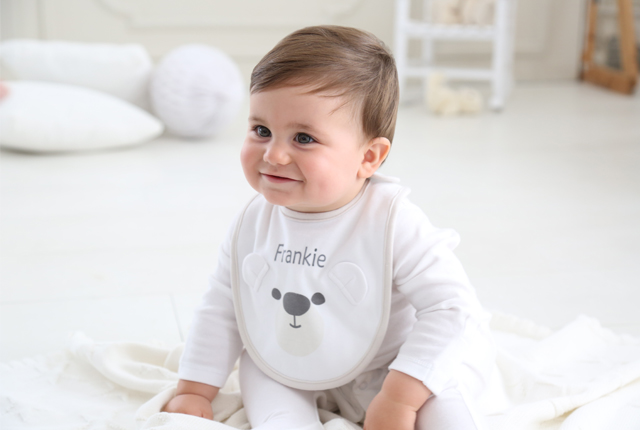 June 29, 2016Behind The Scenes, Photoshoots, Uncategorised No Comments

These Are The Latest Faces Of My 1st Years…

June 29, 2016Behind The Scenes, Photoshoots, Uncategorised

We know you’ve all been aching to find out which little ones will be joining us in a few weeks’ time for the Autumn 2016 photoshoot, so without further delay, here they all are! – Adorable Teddy is just six weeks old, and already loves to show off how strong he is when rolling around on his playmat; Scarlett meanwhile is a 12 week old angel, who loves her snuggly bunny comforter and all things colourful!

Grace-Elizabeth is quite the character, who loves singing with her big brother Noah and rummaging around in her basket to find the perfect toy. Speaking of which, tiny Tino’s favourite cuddly companion is Iggle Piggle, who he takes on all sorts of mischevious adventures around the house. Ivy and Gray are both discovering the joys of talking and standing up at the moment, which we’re sure will be fun to see at our Autumn photoshoot in a few weeks’ time… One year old Hallie loves to model clothes for her family around the house, which will certainly come in useful. (And check out those eyelashes!) Meanwhile Tyla-Mimi is a typical girly girl and loves all things princess-y, just like Harley loves his cars, animals and cartwheels! (Attempted ones at least.)

So that’s it! Another crop of adorable little lovelies who we just can’t wait to meet – thanks again to everyone who entered, and be sure to check back soon for another My 1st Years modelling competition!